Canterbury Park Holding Corporation announced today that  Maureen Bausch and John Himle have been added to its Board of Directors, effective October 3, 2019.  The Company also announced Randy Sampson, Canterbury Park’s President and CEO since 1994, has been appointed as Executive Chairman of the Board, and announced other changes in the Board’s structure. Ms. […] BY JIM WELLS It was the year of the O.J. Simpson trial and the Oklahoma City bombing. Michael Jordan came out of retirement and rejoined the Chicago Bulls, and Major League baseball players waged a 232-day strike. The e-bay shopping website arrived and the Grateful Dead broke up. Oh…..and Dave Van Winkle won the training […] 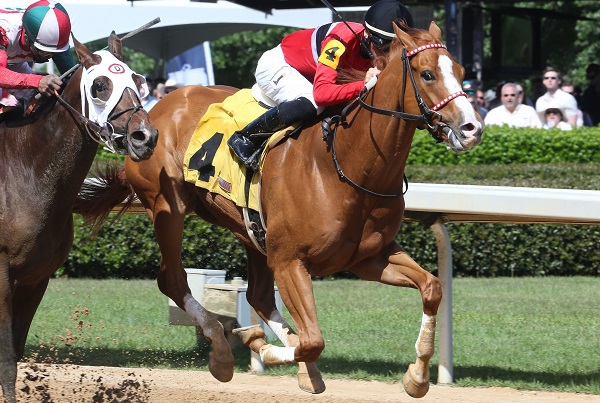 Saturday evening racing at Canterbury Park features the Minnesota Derby and Minnesota Oaks, each with an $80,000 purse, and two $40,000 overnight stakes. Hold for More, a 3-year-old thoroughbred owned by Dale Schenian of South St. Paul, Minn. and bred in the state by Wood-Mere Farm, is expected to be the prohibitive favorite in the […]

Many of the same people have been part of this from the start and still celebrate this annual toast to the Minnesota thoroughbred and quarter horse, an idea spawned when international corporate interests were intent on changing the shape of horse racing in Minnesota. The Minnesota Festival of Champions is an afternoon devoted exclusively to […]